As we were talking about photographs in a previous post, I thought I’d bring up another issue.

Contemporary Collecting is defined by the BHM as “the process through which museums identify and acquire contemporary tangible and intangible culture in order to pre-emptively fill anticipated gaps in museum collections.”

The basic idea is “get it now, get it while you still can, as it will be harder to get later.” It isn’t a new idea, really. Some museums have been saving things for posterity from the beginning. The Imperial War Museum in London began in such a way, as did the National Museum of the First World War in Kansas City. Other museums have done it too, but most have done it inconsistently. This has changed in recent years (some museums have a full-time contemporary collecting position), and smaller museums without access to a full-time professional staff should be made aware of the concept. It isn’t tough. 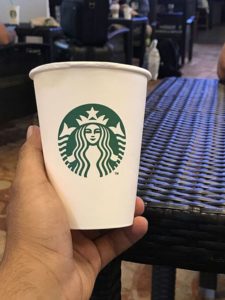 To practice effective contemporary collecting, there are some rather non-museum things you are going to have to try to do…

You need to try to predict the future

That’s right, you need to know what historians in 100 years are going to find interesting about the time you are living in today. You might want to consider fashion, events, local news, local businesses, politics, or anything else you think someone somewhere at some time might find interesting.

You need to be able to associate the current events and trends of today with objects you can collect. This may be easy, but not always. A local event – Our own Brenham Maifest, perhaps – could be easily represented by a dress, a program, or some images. That is really pretty easy.

How do you record local feelings about the rather controversial nature of national politics in 2017? That might be harder, if you want to collect an actual object instead of a photograph or document. 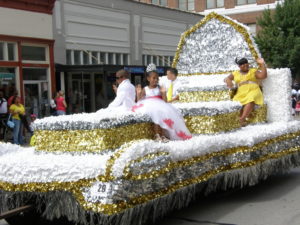 Juneteenth image collected by the museum, as the parade ensued

You need to prioritize

Of course, you are collecting in accordance with your museum policy, and identifying what is likely to survive and what will not. Big, heavy objects might survive. If it will survive without help from the museum, maybe the museum doesn’t need to collect it. Maybe it is too big for the museum to store. Maybe it is impossibly delicate, and would cost the museum too much money to preserve. Flyers, programs, and other things meant to be temporary are not likely to weather the years. Sometimes, those temporary items are really interesting to historians, and would be great candidates for a contemporary collecting initiative.

You should try to be rather sensitive

At times, collecting among the material culture of the present day can affect people emotionally. By deciding to collect something, a museum is automatically identifying something as important.

In 2016, the museum collected something… unflattering… associated with the campaign of our current president. We haven’t been too public about it, and won’t be. This was a local piece of protest art. As it was made locally, we found it culturally interesting. We also collected many positive and neutral (and local) things about the president’s campaign.

That is the thin line to walk, to collect from both sides of an issue. Collect from all sides if possible. If it is interesting enough to collect about, then try to be thorough. In some cases, if it is extremely controversial, seal it in an archival box. Label it to say “DO NOT OPEN UNTIL (DATE): SENSITIVE MATERIAL ENCLOSED”. We have done this in extreme cases. At any rate, we aren’t looking for anything sensitive, not particularly.

Sooo… how do we do this? I need some examples!

Ok, I’ll give you some examples. They probably won’t apply to you, but you will get the idea.

The Pioneer Woman, Ree Drummond, is a blogger and popular television host. She cooks comfort food, shows off her kids, her husband, and her ranch on national cable TV. It’s a fun show. She has become somewhat of a cultural icon. My wife is a fan. We even went to go meet her at a book-signing. Over time, the Pioneer Woman became a brand, and this brand released some kitchen housewares, for sale at Walmart. These objects (flatware, cookie jars, drinking glasses, a butter dish, aprons, kitchen towels, etc) are historically relevant… or they will be. They are tangible evidence of a change in the eating habits of the American consumer, and how the Food Network influenced that change. A museum with a mission addressing the broad cultural history of the United States might be interested in acquiring something…at least a teacup. It isn’t in our mission, really… but I’ve got Pioneer Woman stuff all over my house. Fun blog, too… http://thepioneerwoman.com/

When Katrina hit New Orleans, many of the poor evacuees came to Texas. Some came to Brenham. A local charity, Faith Mission Cannery Kitchen, applied for some grant money to improve their infrastructure. They got the grant, and upgraded their facility. When they did, a small sign was put up on the chain link fence surrounding the equipment. It announced how it was paid for, and how it was in response to the Katrina. That sign is gone now. The museum attempted to acquire that sign, but never received a response. It disappeared soon after. That sign is material evidence of the impact of Hurricane Katrina on a small city in a different state. Sort of a big deal. I sure wish we would have been able to add it to the collection (can’t win them all).

Sonic was the first national fast food chain to open something in Brenham. Outside of Dairy Queen, that is. The original location was slated to close, as a new one had opened across town. The very first customer, the day the first one opened, was identified and scheduled to be the very LAST customer. Our curator went down there, and acquired the unused disposable fast food packaging they had used in the newspaper photo-op. A sonic tray, a coney basket, a bag, and even a styrofoam cup ended up in the collection (they never had food in them, we couldn’t put a footlong hotdog in the collection, sadly). It had some local connection, of course… but can you imagine how few complete sets of fast food packaging from the late 20th-early 21st century will be included in museum collections in… I don’t know… two-hundred years? Very few, I imagine. Maybe none. This stuff is designed to throw away. No one keeps it.

We all have gaps in our collections. We are always looking for those objects that mean something, that will resonate with our mission and the preservation expectations of our community. It may serve you well to consider the gaps the next two generations of collections managers may discover. Don’t go crazy, mind. Be cognizant of the cost, space, and policy considerations. Be mindful. But try to think about it. Your future curators will appreciate it.

Our Business Operations Have Moved.
What is a museum?