Our collection of artifacts is at the heart of the Brenham Heritage Museum. From pre-history to the Information Age, these items and images make our history tangible. While some pieces are carefully curated in our public exhibits, thousands of others are not as readily available for viewing.

BHM has created these online collections to let you learn more about the wonderful history of Brenham and Washington County. 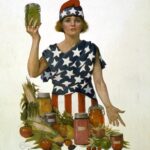 The First World War had a lasting and devastating impact on Washington County.  German cultural traditions and public ways of life were taken into the home and off of the street. Brenham and other smaller towns in the county were mostly German. Church services, restaurant menus, store signage, newspapers, and more were printed in German. Many residents came directly from Germany or were the children of German immigrants. When the United States went to war with Germany in 1917, the nationwide anti-German sentiment came to Brenham. As a result, Washington County lost its German identity. Today, the Texas-German dialect remains in the area, but few who claim German as their first language. Not one is under the age of 60. 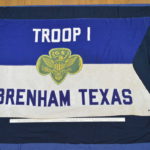 On June 20, 1947, H.L. Henslee registered Brenham’s first girl scout troop. The troop was a part of the Brownies program and would be referred to as Troop 1. From then on, the Girl Scouts became an active member of Brenham’s community. Did you know that girl scouts were a huge part in starting the annual Downtown Christmas Stroll? 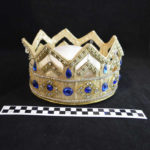 Celebrating Maifest 5th – 135th Anniversaries for 2020. Since 1881, a colorful scene has unfolded in Brenham each May. This festival, known as Maifest, is a celebration highlighting German heritage, as well as showcasing the youth of the community. Except for several years during World War I and World War II, this event has been held annually since 1881, and includes elaborate coronations and a parade in downtown Brenham. 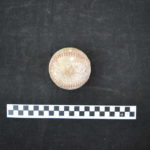 The Brenham High School Cubs have prided themselves on a great baseball program ever since they won their first state title in the sport in 1970. Hometown product Cecil Cooper, who played at both Pickard and Brenham Highs, was a major league star who later went on to a managerial career, including a stint with the Houston Astros. 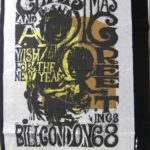 This collection contains Greeting Cards from 1966 – 1992 that feature artwork of Bill Condon. William Bill Condon (1923-1998) was a native Houstonian, a practicing architect and a fine artist. He received a BA in architecture from Rice Institute in 1949, and assumed a position in the architectural firm of Broesche and Condon Associates. 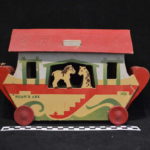 Everyone loves toys! Our BHM collection includes hundreds of items that were cherished by the children of Brenham in the early and middle 20th century. Among them are toys handmade by a former postmaster and many store-bought treasures for boys and girls.

Mingle With The Museum